David does not charge a fee to speak.  He only accepts a love offering which will be taken at the event.  We are seeking sponsors to help David and The Sneed Family with travel expenses.  If you would like to make a donation or become a sponsor, please call (205) 872-4719, or click the donate button below to pay with credit or debit card.

An Evening with David Ring and The Sneed Family 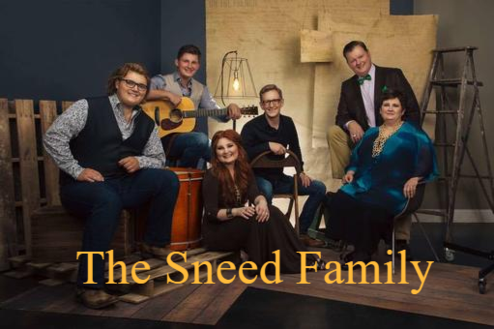 Get your signed copy of

DAVID'S NEW BOOK: THE BOY BORN DEAD
A story of friendship, courage and triumph.
In 1953, in Jonesboro, Arkansas, a baby boy was born—dead. The attending physician set his little body aside and tended to his mother for eighteen minutes. Now, more than sixty years later, that boy leads an internationally known ministry that encourages hundreds of thousands every year. The Boy Born Dead tells his incredible story from the perspective of his best friend, David Wideman.

As a teenager in the small town of Liberty, Missouri, in the late 1960s, David Ring grew up with the challenges that come with cerebral palsy, a result of his eighteen minutes of newborn silence. Along with his physical limitations, Ring was orphaned and shuffled from home to home, finally landing in an abusive situation that made him feel unworthy of love and, eventually, unworthy of life. But God had a purpose for Ring's life, and sent an agent to help him achieve it. Through the friendship of David Wideman, a boy he met in the halls of Liberty High School, Ring found strength he didn't know he had and went on to face his demons, marry the love of his life, and start an international speaking ministry.

Full of hope, this moving story illustrates how friendship and love triumph over adversity. Anyone who faces tough times will treasure this story of hope and courage. 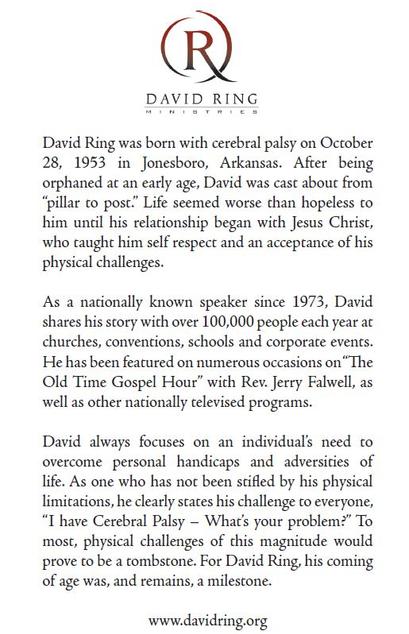 Click here to get updates for this event
Printable
Guidelines for Use of Grounds
on Shepherd Hill for Parties,
Celebrations, Etc

Southern Gospel Music has a rich and storied history and one of its greatest traditions and treasures is the family singing group. Names like the Speers, the Sego Brothers and Naomi and the Hoppers have made indelible marks in the profession. Another family gospel singing group that is carving a distinctive and lasting niche in their own right is the Sneed Family from the rolling hills of Kentucky . "Consisting of the husband and wife combination of Jeff and Pam Sneed, their daughter and son-in-law Caleb and Amanda Cowan, along with their sons Seth and Jacob, they blend their Christ-centered lives, heart-felt music, and inspired songs together to create an anointed sound that blesses listeners.

The Sneed Family began its gospel music journey in 1982 as “Glory Bound” with four young men just out of High School. The group was founded by Jeff Sneed. Jeff met and married Pam Saylors who has become the predominant staple in the current group. Today they are living the dream night after night with their family, singing the songs that change lives. From early beginnings in a small Kentucky town, this group has flourished into their own niche. The Sneed Family has 100 percent become a family affair, rising to national success in such a short period of time.

In early 2008 The Sneed Family launched a brand new Christian Television Show called “Glory Bound Jubilee” seen in over 1 million homes each week. The Glory Bound Jubilee is a branch off of The Sneed Family’s road ministry, which goes into venues and churches across the country showcasing many of the testimonies of our Christian faith. The Show also brings the faces of Gospel music into the homes of believers and non-believers alike. The Sneed Family believes that this show is their part of the Great Commission.

Other than the Glory Bound Jubilee being such a success, The Sneed Family has acquired many accolades of their own. In 2012, The Sneeds made their first time appearance on the National Quartet Convention’s mainstage singing, “Victory is Sweet” and “ Hallelujah Square ”. The Songs which were sung on mainstage had the privilege of being in the Top 80 Singing News charts, which were the group’s first appearances. Early 2013 The Sneed Family received the honor of being chosen to host the first Loretta Lynn Gospel Music Festival on her ranch in Hurricane Mills, TN. Also in 2013, The Sneed Family was nominated as the Favorite New Mixed Group in the prestigious Singing News Fan Awards.

Their highest accolade to date was being honored by the fans at the esteemed Absolutely Gospel Music Awards in April of 2014. They were voted Breakthrough Artist Of The Year and performed for the show along with Gospel Music's finest Artists.

The Sneed Family has a distinct style, a versatile performance, and a heart for ministry. Their desire is that God would use the message in their music to help lead many people to a “heart felt” salvation and ultimately a home in Heaven. 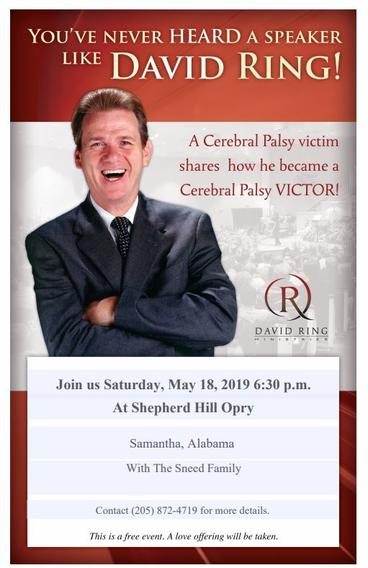 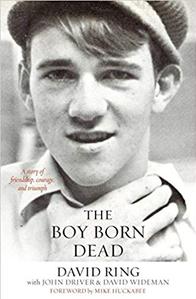 A Legacy of Love in Action